I hope you’re having a lovely weekend.  As promised, to celebrate living in our little house for five years, today I’m sharing some of the photos that I took the first days after moving in here.  It made me feel really quite emotional looking through these photos.  It also made me realise just how how far we have come in the last five years, and just how much of a project the house was to take on.  It also reminds me that my initial hunch about this house was right – I knew it had the potential to be a beautiful home.  Somehow, I was able to see through the grime.

So, let’s take a walk down memory lane together!

The old house on moving day…I had happy memories there, and it was a wonderful house to bring up my babies in.  But after a really tough 18 months, I was ready to say goodbye to it and start a new life.  (I loved that wallpaper on the right – it was by Neisha Crossland.)

I’ll never forget the feeling of pulling away from the old house in my little car, full of boxes.  It was only a ten minute drive across the city, but I had my music on loud, and sang all the way!  I met the removal men there, and asked them for five minutes so I could run in and take some snaps.  I ran from room to room and took these photos.  The quality isn’t so great (iPhone 4 maybe?  On a grey, January day?), but you get the idea! 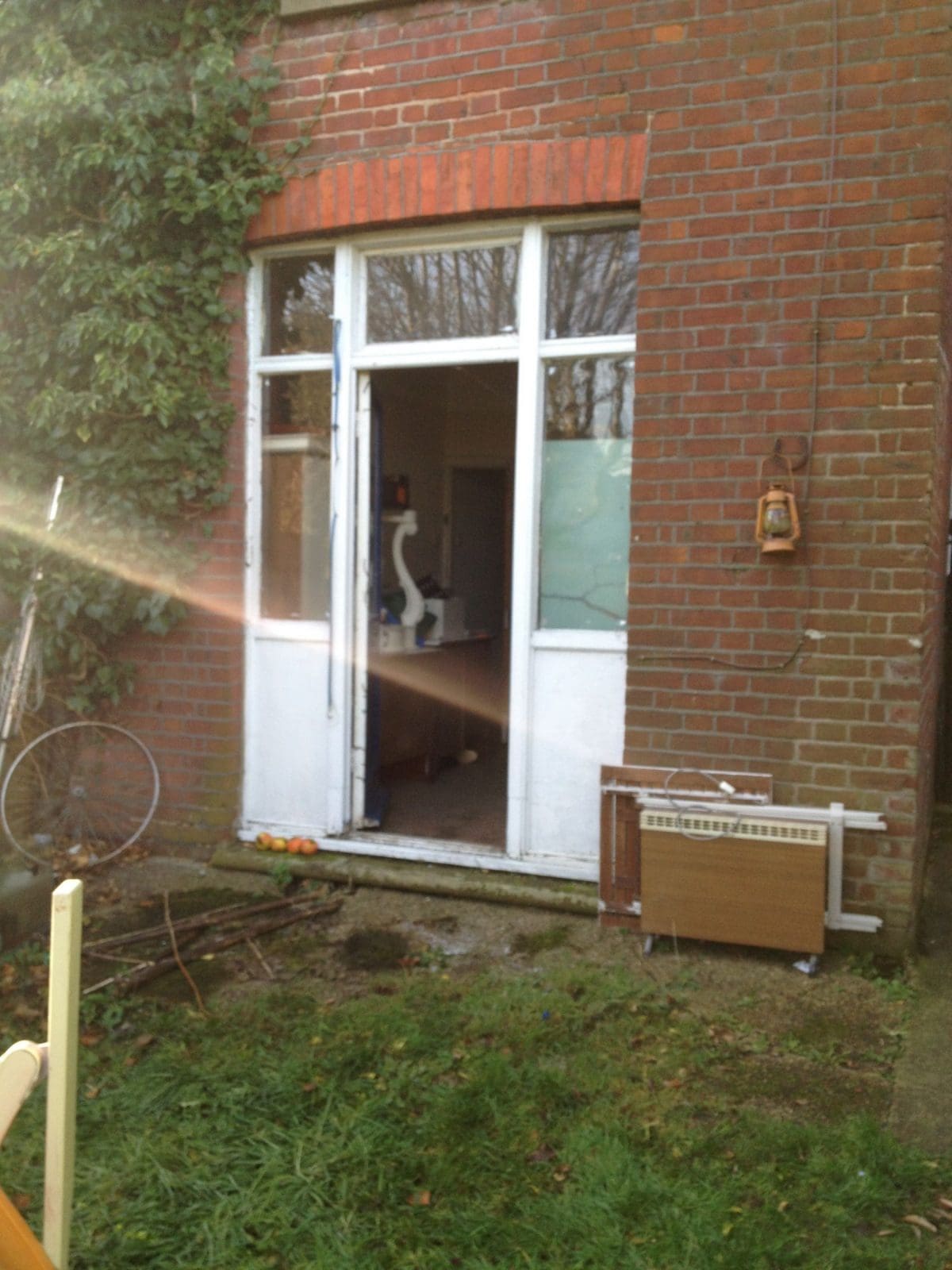 The garden was a wilderness, and a dumping ground…

I had taken two weeks off work, and the children were staying with their dad until I could get the house into some sort of order, and have their rooms decorated.  No pressure then!!  Day two my dear friend Lucy came and helped me pull out the carpets, it was imperative that they go first.  They were threadbare, filthy, and smelly.  We were covered in dust.

The whole house was dirty.  Really, really dirty.  Once the carpets were out, it was all about scrubbing and cleaning, getting it ready to paint.  My dear friend Theresa came and helped me with this, even taking on the gigantic task of cleaning the bathroom (which was, as you can imagine, horrendous!). 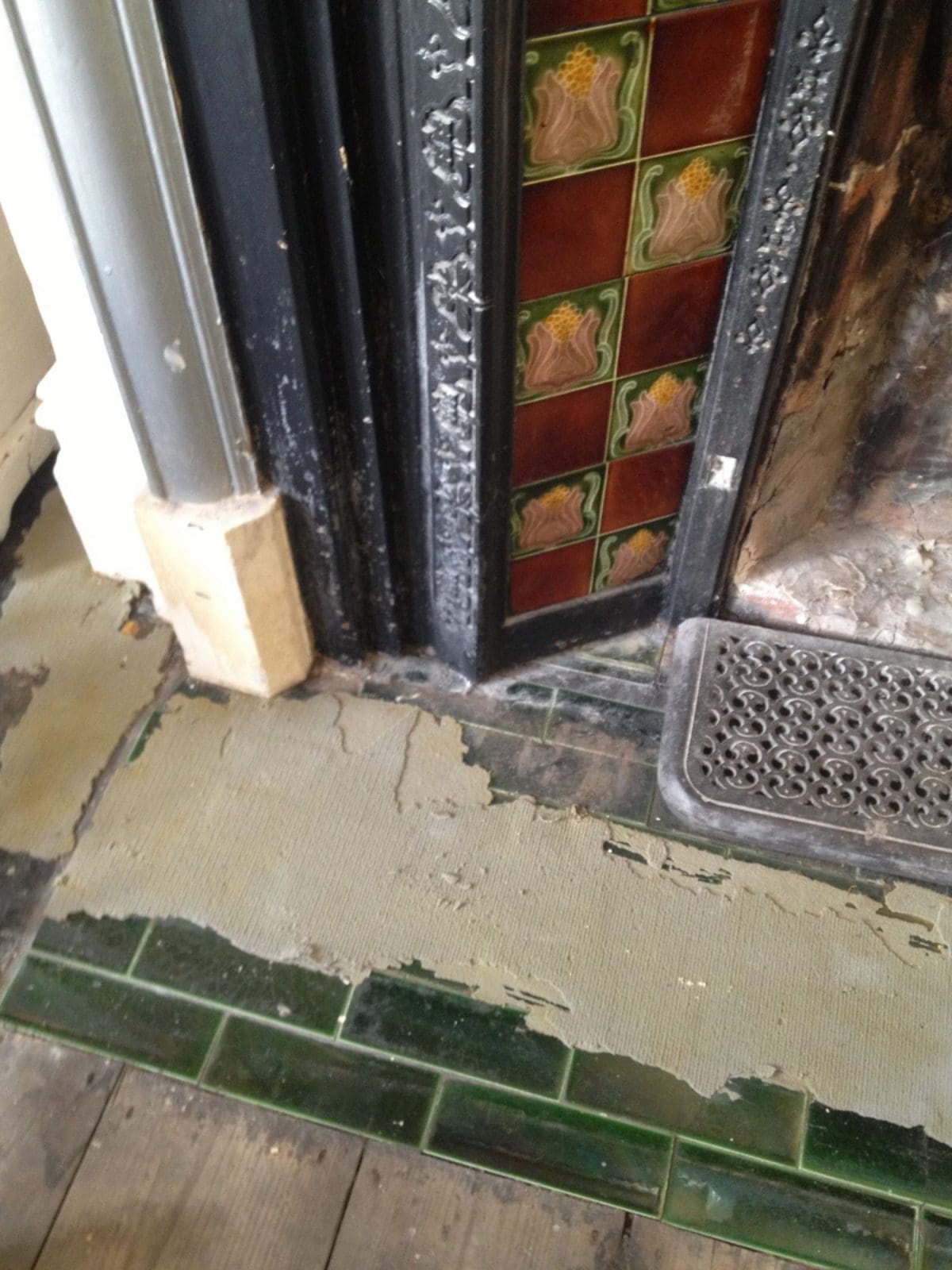 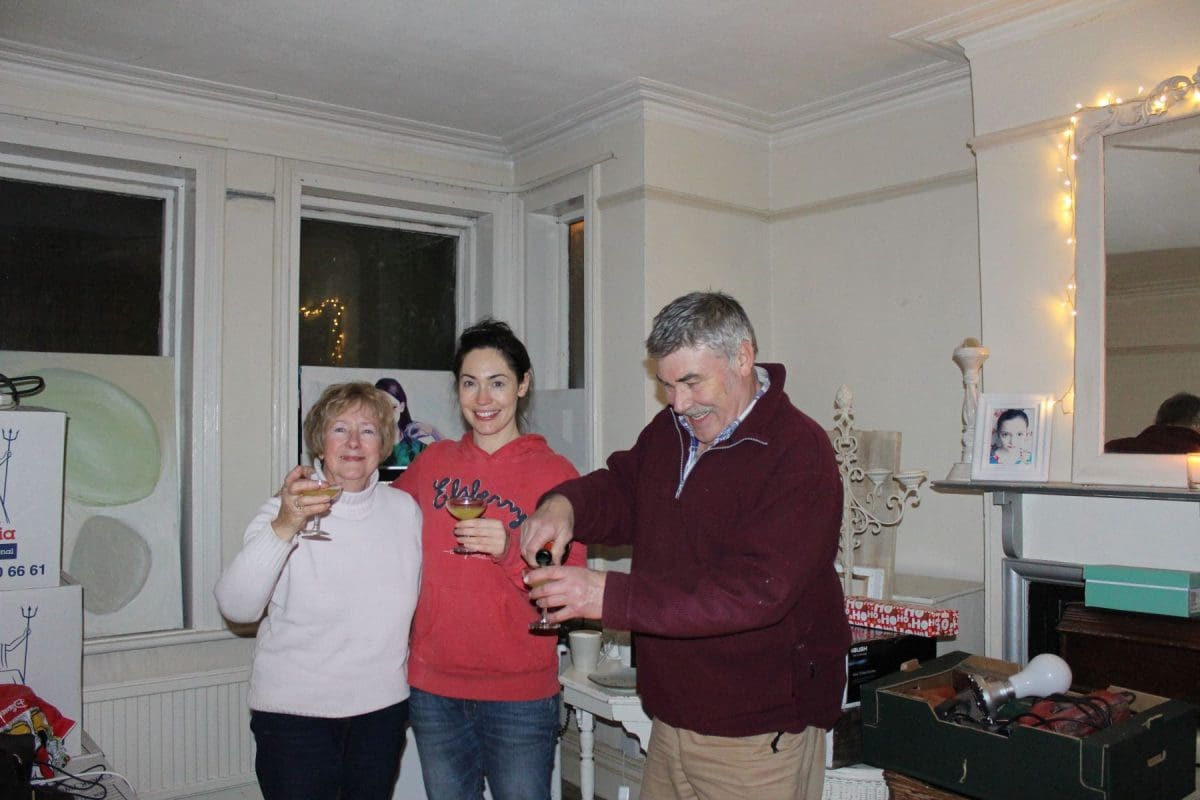 On day three my parents came to stay and help!  Here we are toasting the my new life.

The house used to be bedsits.  There were Yale locks on nearly every bedroom door, and old phone wires running to every room.  And this glass partition in the hallway, which we took great pleasure in pulling down.

I then invested in a brilliant floor sanding guy.  Which meant I could then get on with painting. 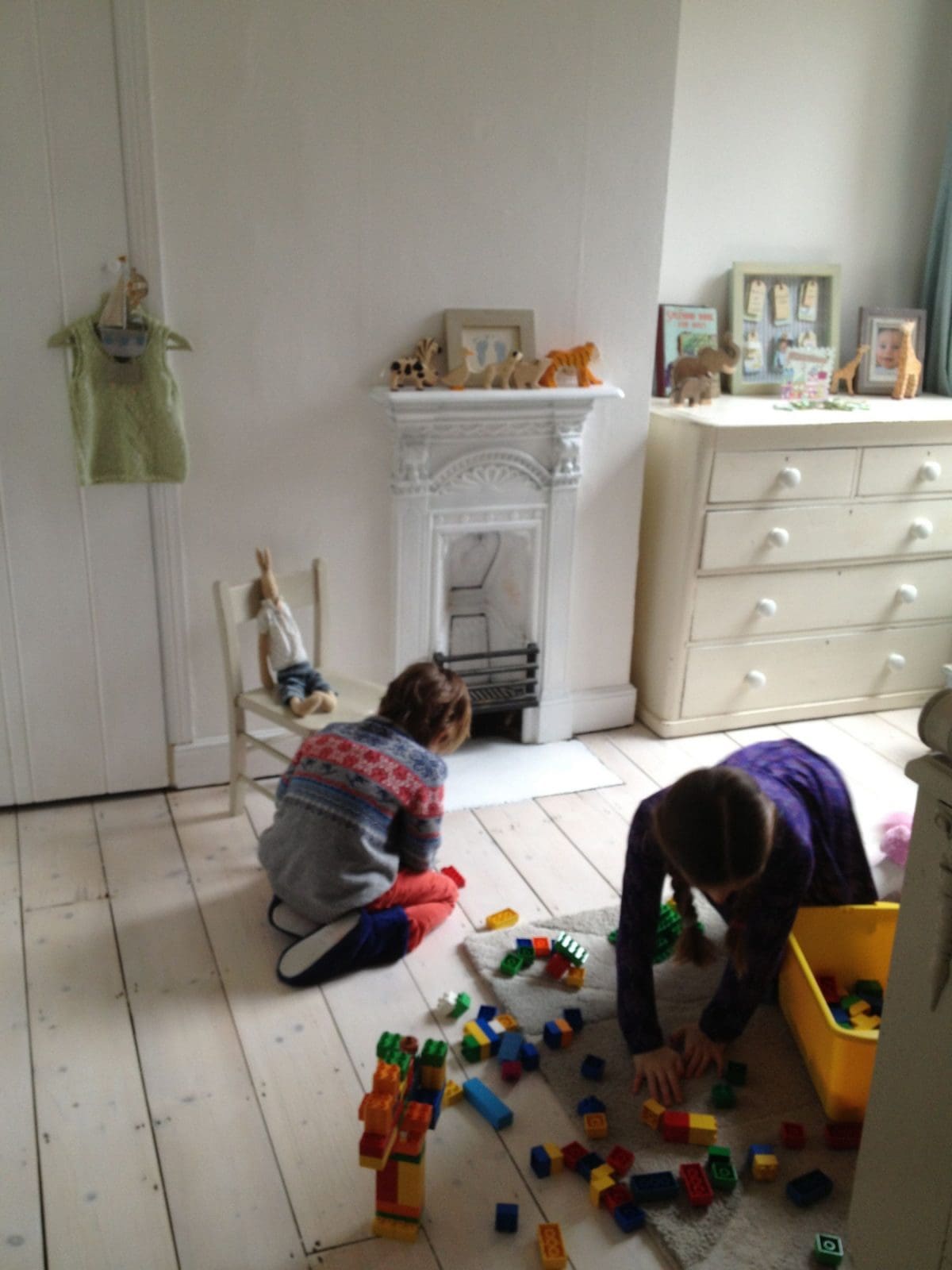 Two weeks after I moved in, the children were able to move in.  Their bedrooms had been priority, and they were done in record time.  I went back to work, and I would do an hour of floor varnishing/wall painting before going to work, and I would get home and then be up a ladder for the rest of the evening.  I had paint splattered in my hair constantly for the first 5 months of 2014!

Couple more pics, before the floors were sanded… the black mould on the wall, it turns out you can just scrub it and paint over it.  It’s caused by lack of air circulation, too much stuff piled against the walls.  These old houses need to be able to breathe.

The fireplace in my dining room…

The things that I did in that first week that really helped make it home, were candles and fairy lights.  After that, painting everything white is what really transformed it.  Making a clean, blank canvas is the easiest way (I think), to deal with a project like this.

You can find some of the reveal posts from the archives here  – Kitchen, Living room, and here, my boy’s bedroom, studio, bedroom.

Thank you so for joining me on this little trip down memory lane, enjoy the rest off your weekend!